Why Java Is Not For Beginning Programmers ↴ 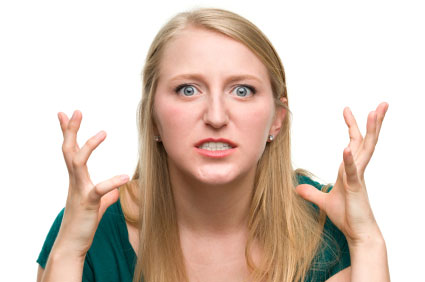 How To Become A Productive Computer Programmer - Part 1

This question on the suitability of Java for beginning computer programmers was posted by Carolina Bell (San Jose, Costa Rica). It is also "Part 1" of the series: "How To Become A Productive Computer Programmer".

Carolina\'s questions is: I believe my toughest challenge right now is getting started with the programming languages. I know i can do it but i am kinda confused as to where to start, and with what language i should start.

After reading different articles and points of view from different people i decided to go ahead and start with Java, and so i looked up a java for beginners article and right at the beginning with the "Hello World" project i got incredibly confused with all the "#"- symbols.

I mean if the article said they would explain every single symbol a little later and just right down the string, then i wouldn\'t be so stressed out, but when i see all of those symbols. its just plain stressful.

Any tips would definitely help!! And also any words of encouragement.. :S

The Answer ... "How To Become A Productive Programmer - Part 1"

In summary you have an alternative to Java, which as you have discovered is tedious, strict, unfriendly. That alternative is Microsoft\'s CSharp which incorporates the best features of Java + C/C++ + Visual Basic.

This is "Part 1" of the series: "How To Become A Productive Computer Programmer". In "Part 2", I will discuss more of the concepts, issues and related information referenced in this article ... Have A Happy, Productive Coding Career :-)

Where do I go from here?

After spending the last 20 years as a Mainframe contractor(developer), with most of the contracts being found without the benefit of agencies, I find myself no longer in demand due to a vastly shrinking market.
I have half hearted attempts over the years to diversify my skills but until recently I always felt it was good to focus on my core competencies.
Now with the emergence of really interesting technologies like Java EE and .Net, I feel it\'s time to make a move towards something new but I\'m having trouble focusing on a plan of attack.
I was leaning towards being an expert in the area of integration like web services but feel overwhelmed by the choices.
Needless to say I have spent a lot of time reading and also experimenting with Java EE and c# .net but find my progress is too slow.
I have been out of work for the last 6 weeks or so but when I do start working again, I will no longer have the luxury to spend several hours a day doing this. How do I establish my end goal and find the time to achieve it

Andrew it is time for you to stop experimenting or analyzing your options and take massive action.
Start by picking a programming language that is in-demand, pays very well and is not too hard to learn.
It is important that you pick a language that is not relatively easy to master because if the language is too difficult, or the learning curve is too high, you will find yourself still unable to do a competent job when you are hired ... say, after 1 year of intense effort, hard work and learning.
Microsoft CSharp (C#) was designed with the best language features of C/C++, Java and Visual Basic. Visual Basic was widely popular because it was an easier, less intimidating language than C/C++ or Java and because it had a lower learning curve.
Now, CSharp (C#) compensates for the shortcomings of Visual Basic which was a lack of Object Oriented Programming (OOP) Languages.
My recommendation is that you study to become an ASP.NET Web Developer with C# as your primary development language and SQL Server as the back-end database software platform.
So, you will infact be learning these software platforms at the same time;
ASP.NET
CSHARP (C#)
.NET FRAMEWORK
SQL SERVER
HTML
CSS
If you like this post, signup for more posts like this ...
Signup for More ...

Seriously ?
I\'am myself a java dev. And first there is no # everywhere in java. Well not at all I think. I would like to see this hello world program.
Then I can\'t understand why somebody should not learn java but C#... Hey they are the same language more or less, have the same philosophy and all.
More, I seen this text:
\"However, Java is not the best programming language for the typical web development or business / corporate development which is the bread and butter of most Information Technology (IT) projects.\"
Come on ! Java is the most used language in the world today, and in particular by big corporation to make website & IT programs. If this is what you plan to do, work for big corporation making IT program, java is likely the most suited language for that.
But is it the best language to get you started in no time? Or the best language to understand the underlying computer science concepts? Of course not.
Would you like to understand what programming really is, what are the concept behind, one of the best language to learn would be scheme. It help to have a math background behind you, but really, this is the most expressive language we have out here (lisp family) and scheme is the variant for teaching. Read the MIT book used at introduction for programming at MIT (http://mitpress.mit.edu/sicp/) and you\'ll know more about programming than many people that have been hacking Java or C# for 10 years.
But you\'ll likely be unemployed. Because, no scheme won\'t give you a job. It is for research and learning. So after you\'ll want to learn something else obviously. And if you want to be a prof. developper, many more things. Like computer science theory, databases, IA, networks...

I used to be recommended this blog by means of my cousin. I
am not positive whether this publish is written by means
of him as no one else recognise such exact approximately my problem.
You are incredible! Thank you!
Feel free to surf to my webpage - jasa pembuatan aplikasi akuntasi

Hey There. I found your blog using msn. This is a
very well written article. I\'ll be sure to bookmark it and return to
read more of your useful information. Thanks
for the post. I will definitely return.

you are truly a just right webmaster. The website loading velocity is amazing.
It sort of feels that you are doing any unique trick.
Moreover, The contents are masterwork. you\'ve performed a fantastic activity
in this subject!